In this week’s update, we are happy to show off the new Ship HUD we’re currently working on. This HUD has much of the same functionality as the one seen in the Demo, but is now mostly condensed into the floating crosshair allowing you to have all of your key information centered on the area you look at most. Along with that comes some additional features such as Weapon Group information as well as a new Velocity Indicator. 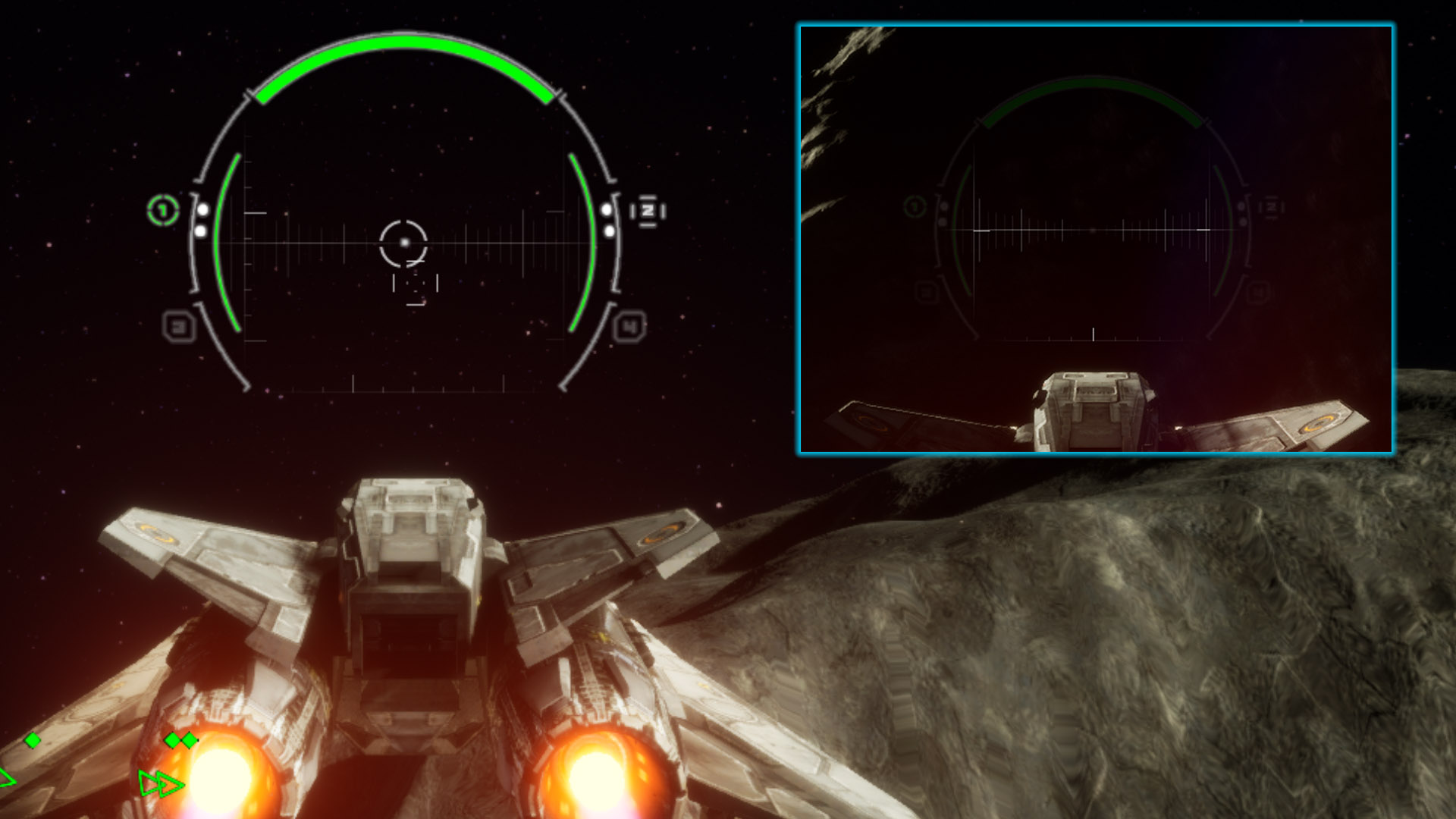 The old Ship HUD felt clunky and not very intuitive with a lot of the information scattered around the screen. Health bar at the bottom center. A velocity indicator to the left of the Health bar (that no one used). And a Speed/Throttle bar to the right of that which was too big and was kind of a an eye-sore to look at compared to the rest of the game. Along with the need for Weapon Group information, the HUD needed some retooling. 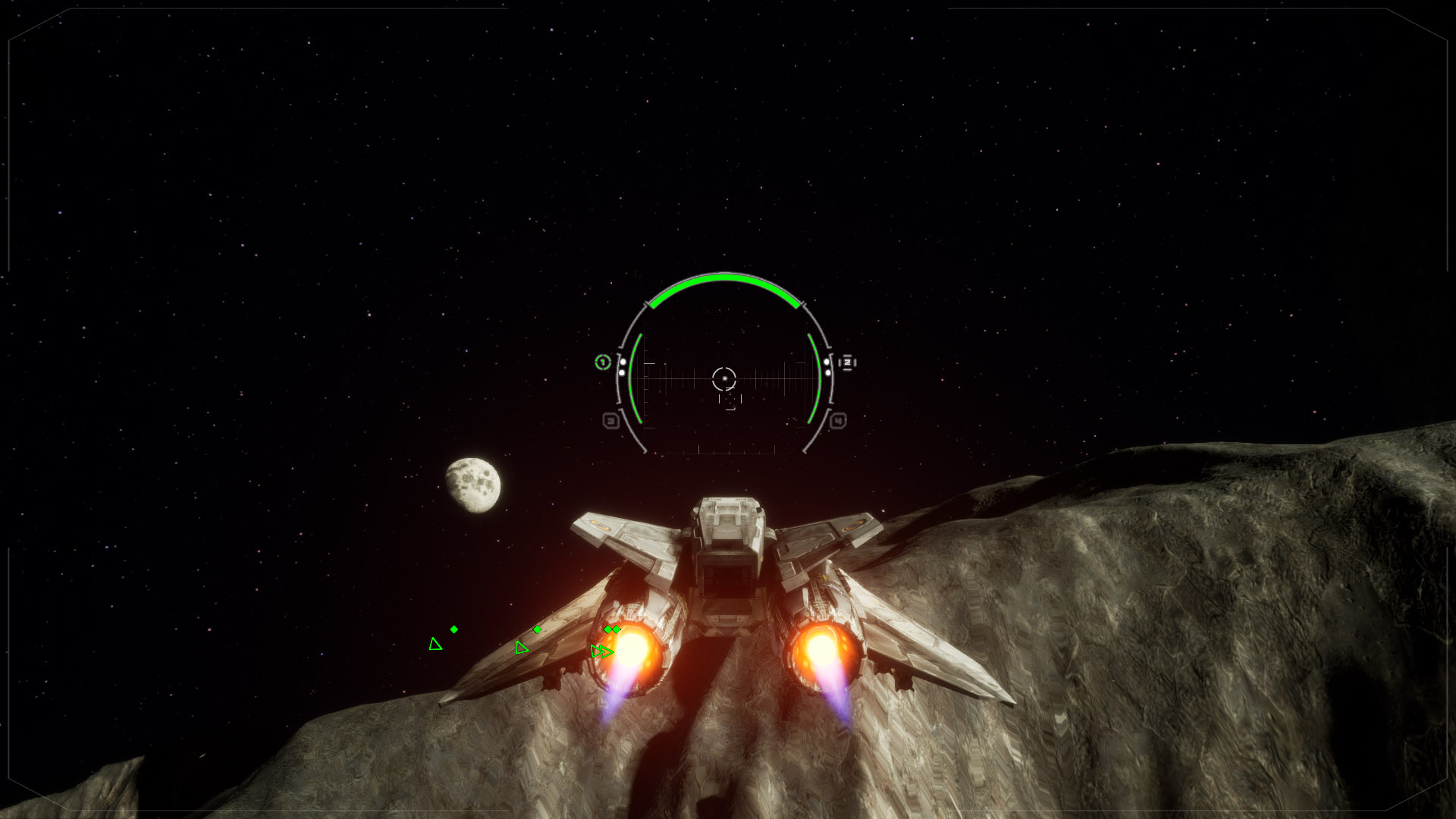 This new HUD had us condense all those previous elements into the crosshair and kept the “Circular” style that we liked and just expanded a bit on it. Such changes include;

– Adding the health bar at the top middle, allowing you to more easily keep an eye on your ship’s health value while focusing on your target.
– Moving the Speed/Throttle meter to the right semi-circle
– The Energy bar for your ship has moved to the left semi-circle

With the corresponding weapon groups and their numbers, we wanted to allow the player to know when their weapons were ready and in range to fire. We came up with this simple number next to the pips that would turn green when one of your weapons in that weapon group was both ready to fire and in range of the either the surface you’re looking at or the target you have selected. In addition, each weapon has it’s own individual circle/pip that is placed next to the weapon group that it belongs to. This circle with become hollow when fired and will fill back up to denote that the weapon is reloading. Finally, each weapon group has it’s displayed Weapon Pip style shown as the border around the number. This is to allow you to quickly determine which weapon group might be in line with your target (especially helpful with turret mode). These Pip styles per weapon group can be customized to your own preference by selecting 1 of 16 styles. 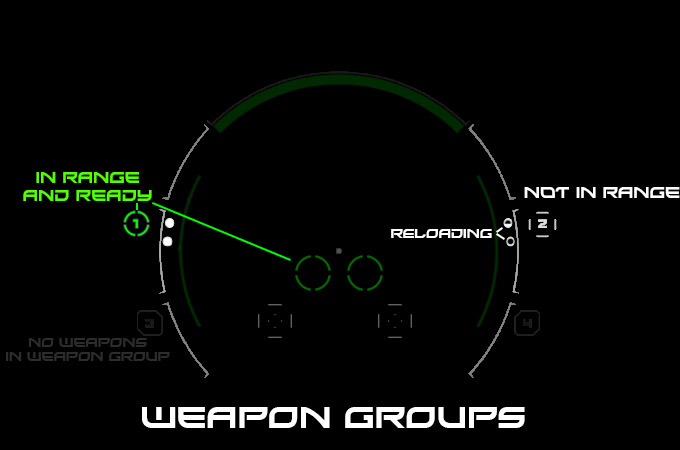 In addition to all the bars and the weapon groupings, we’ve also added in a new Vector Indicator that is visibly more appealing that the previous bar version and incorporated it into the center circle crosshair as well in order to streamline the HUD design as well to make the center crosshair a bit more dynamic. 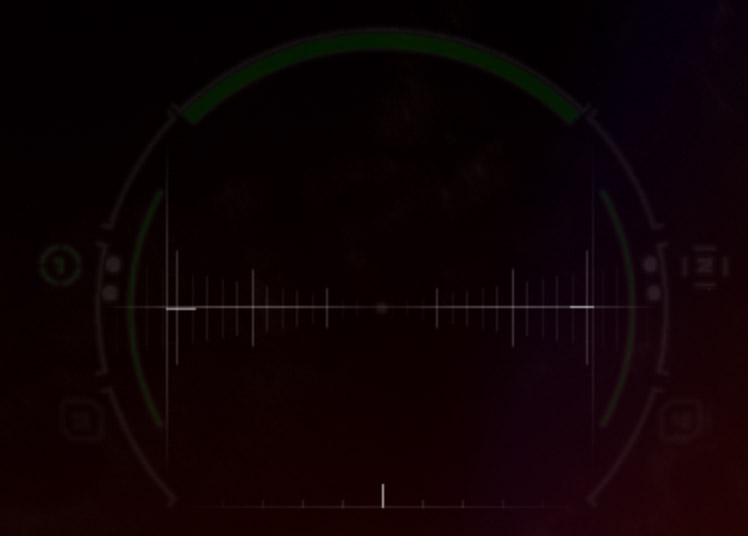 This indicator shows you measurements of how fast you are traveling in each X/Y/Z direction relative to your ship. This indicator will help with navigation and travel direction while drifting as well as helping you navigate the dark tunnels of the Mega-Meteor. Demonstrated better with animation, check it out for yourself in this brief video below;

As always, we would love to hear your feedback. Do you like the Vector Indicators? Or do you think they will add too much noise to the center crosshair? Let us know via Discord Chat!

Thanks again for tuning in to our weekly update! We’ll see you all next week!