In this week’s update we are showing off the current WIP of the Weapon Group List you will have access to from your Ship (and later in the Hangar to save your variants). 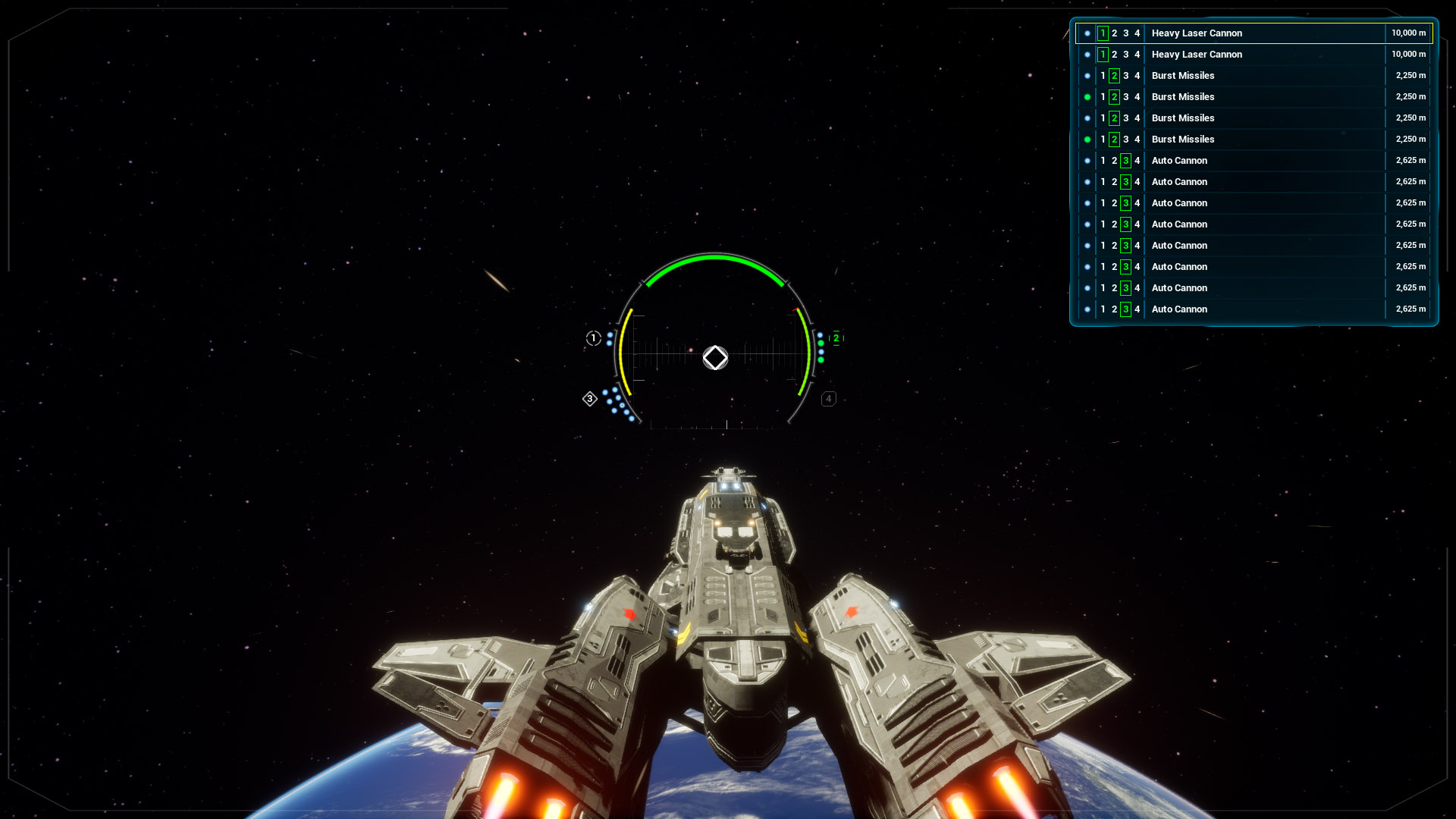 We have now included a new window for the Ship HUD that can be toggled visible with a keybind. This new window shows off the list of ALL weapons attached to the ship. As seen in the above picture, this is the default weapon listing of the Helios Corvette. This list shows the current weapon status (like the crosshair), the current assigned weapon group (1,2,3, or 4), the name of the weapon, and effective range of the weapon.

Changing the weapon to a different group is as easy as using the Arrow Keys Up/Down to change which weapon is “Selected” and then hitting the Num Pad 1 through 4 keys to assign them to that numbered weapon group. 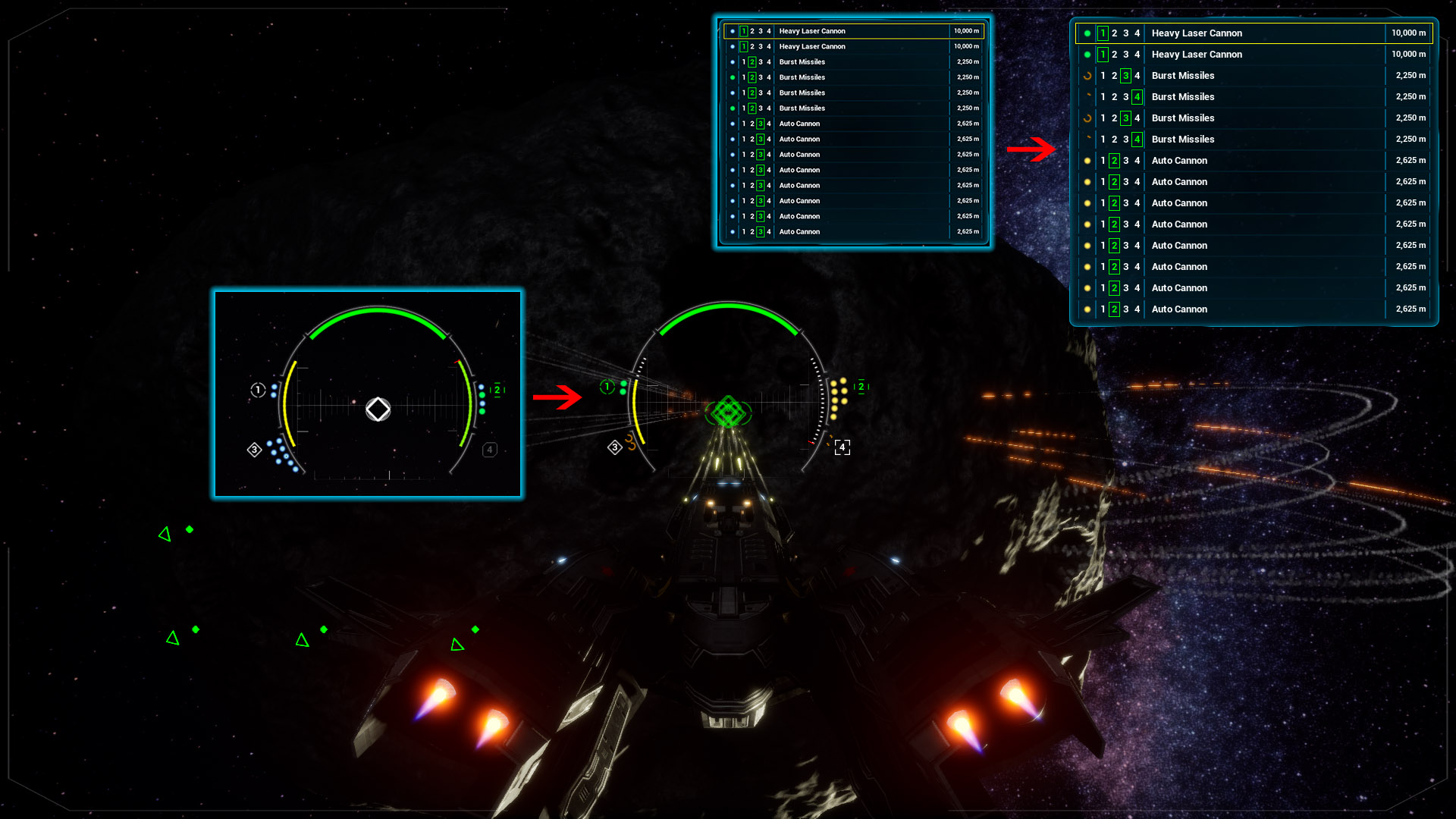 In this example, we changed the missiles on the Helios to be placed on Weapon Groups 3 and 4 (default key binds Mouse 3 and Mouse 4) and moved all the Autocannons to Weapon Group 2 (Default Mouse 2). We left the Heavy Lasers on Weapon Group 1. This change allowed for each side of missile banks to be fired at independent times from each other, but you can choose to organize your weapon group list as you please for your own preferences.

This list is dynamic and works on any vessel. 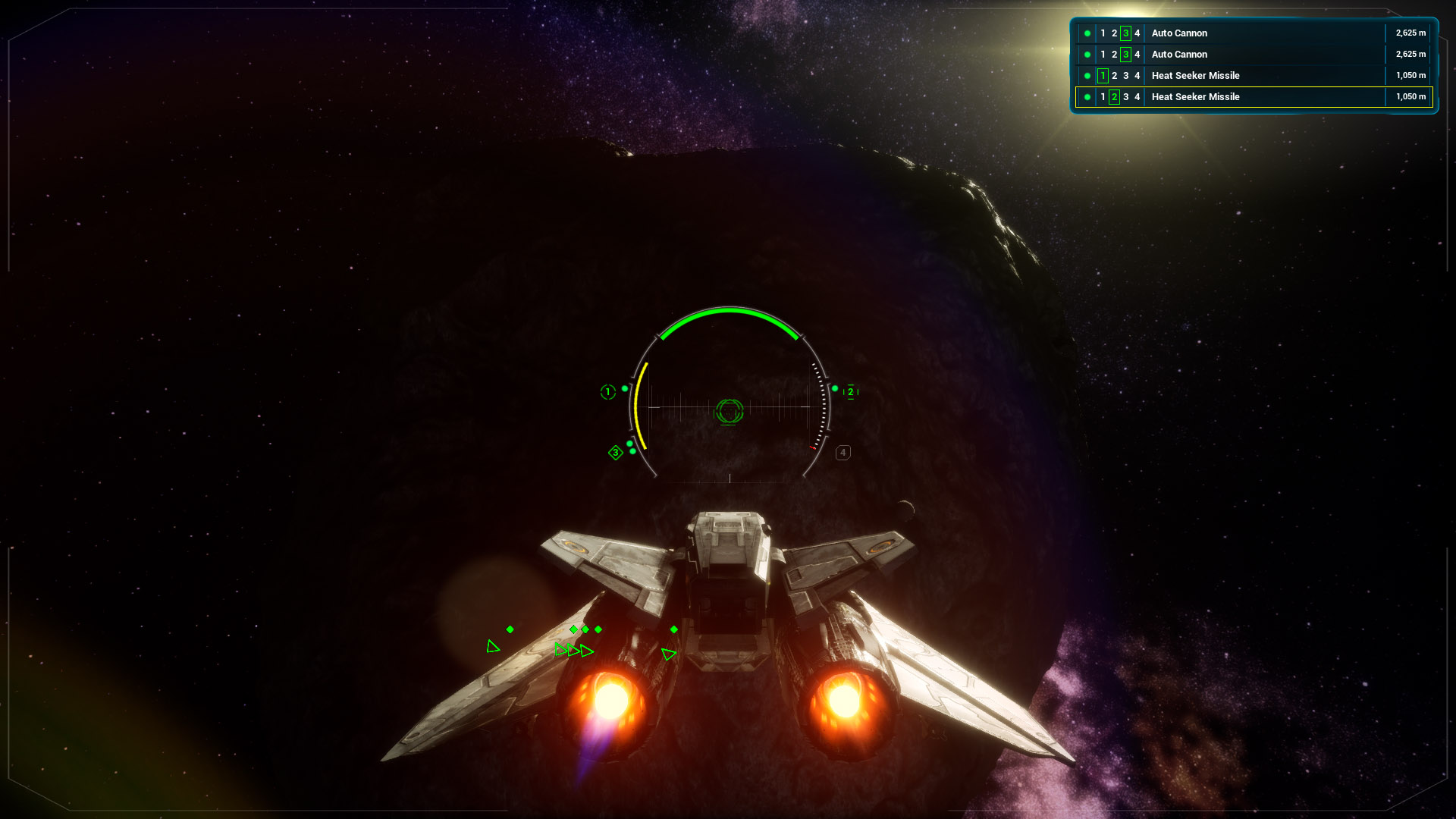 (Icarus with Missiles on Weapon Group 1 and 2, with Auto cannons on 3)

We are now working on integrating this into the Ship Building from the Shipyards and Hangars so you may create different customized loadouts for your ships and name your variants what you wish, allowing you to fully customize your ships to your own tastes and have those weapons groups saved with those variants so you won’t have to play with them each time you enter a ship!

Another addition we found that was pretty much needed was in the list of Weapon Names. Currently it’s hard to tell which weapon is situated where on your ship from the list, therefor we are also looking at extending the naming on the Weapon Name to also include the Weapon Slot (Turret or ship slot) of where it’s located. This will make it easy to track down where each weapon is on your ship.

More than 1 Weapon Group per Weapon?

Let us know your thoughts on our Discord – Solar Warden Discord

As always, we thank you for tuning into our development updates and we will see you on the next one!