-BUG FIX Fixed the Aim Dipping issue!!!!
This was a bug that was plaguing me for awhile. This issue happened where the guns were not lining up during when doing a banking turn. I had to unrotate the look at target relative to the inverse camera. With this fix I got the Rotations on the Guns to work properly during a roll. See below 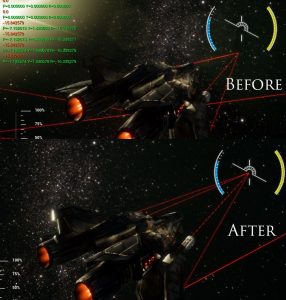 -Created the Gatling Cannon
The Gatling Cannon is one of those classic weapons that everyone loves. This massive multi-barrel weapon of awesome has of course made its way into Solar Warden. With a small spin up time, this Cannon unleashes a higher fire rate than the regular auto-cannon, allowing you to devastate the Silicoid threat much faster. 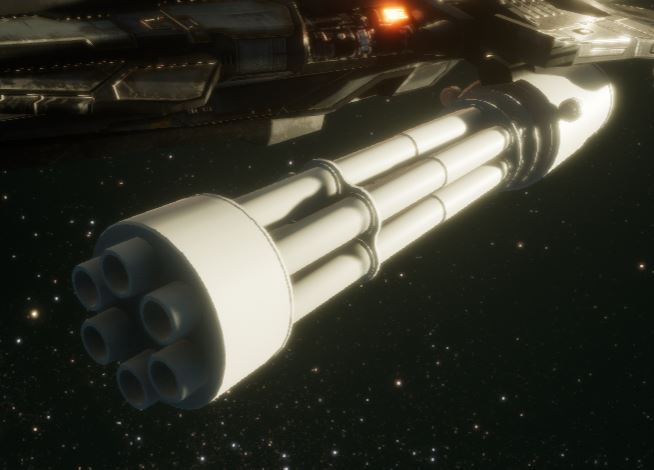 At the moment, the Gatling Cannon can be mounted on the Icarus Fighter for testing, but will be removed in later patches as the weapon is clearly too large for the Icarus to hold it.
-Created the HUD for the Charge on the Weapons
–This is the center crosshair to show if the weapon needed a wind up or charge up time before shooting
-Alien Exploder and spawning Mechanics for Spawning Random # of Aliens and also what type of Aliens
-Screen Indicators for Targetting Asteroids and Aliens or what ever
–Off screen indicators for Meteor Clusters

Not only with the Lead Indicator, I wanted to create a Lag Pip indicator. This should be fairly straight forward by reversing the calculation and showing where the projectile will end up. 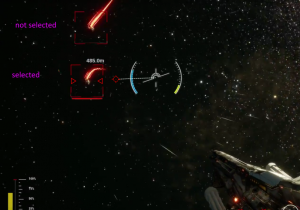 -New Target list has been created for the HUD to show in order what’s closest to your ship. 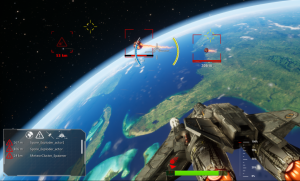