Since your support from the Kickstarter, we’ve been hard at work building out new features as we get ready for a major announcement next week! Before that though, we’d like to update you all on the current Work In Progress features we’re building out.

It has been in demand for awhile, and now we are delivering on it. We are now providing you all with options to change your graphical settings in the Demo! 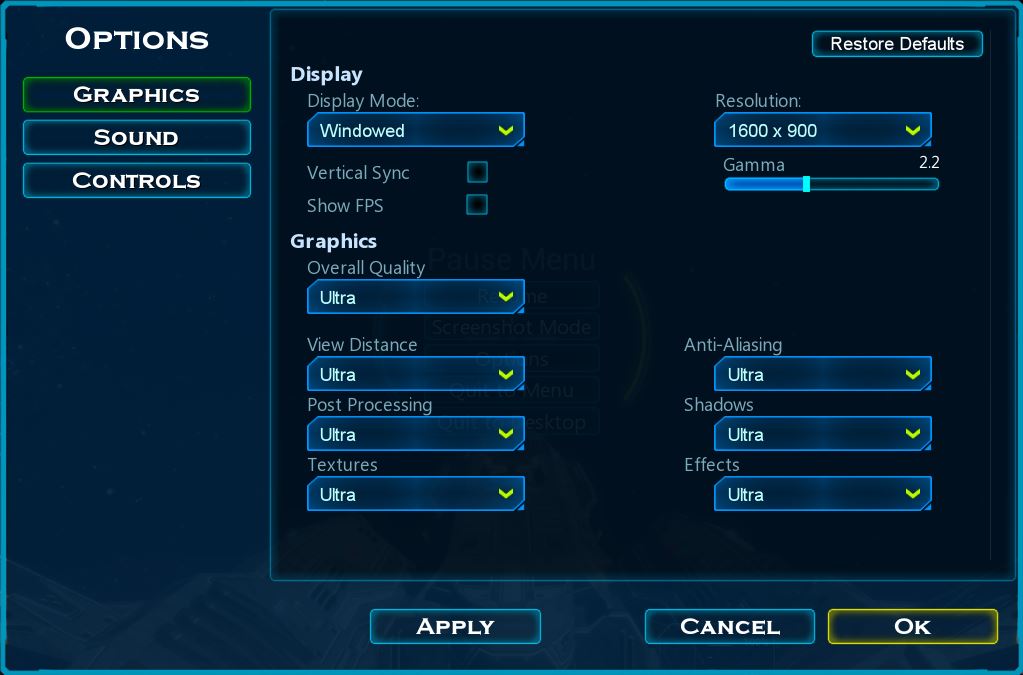 Another major addition is the control remapping options which will become available! 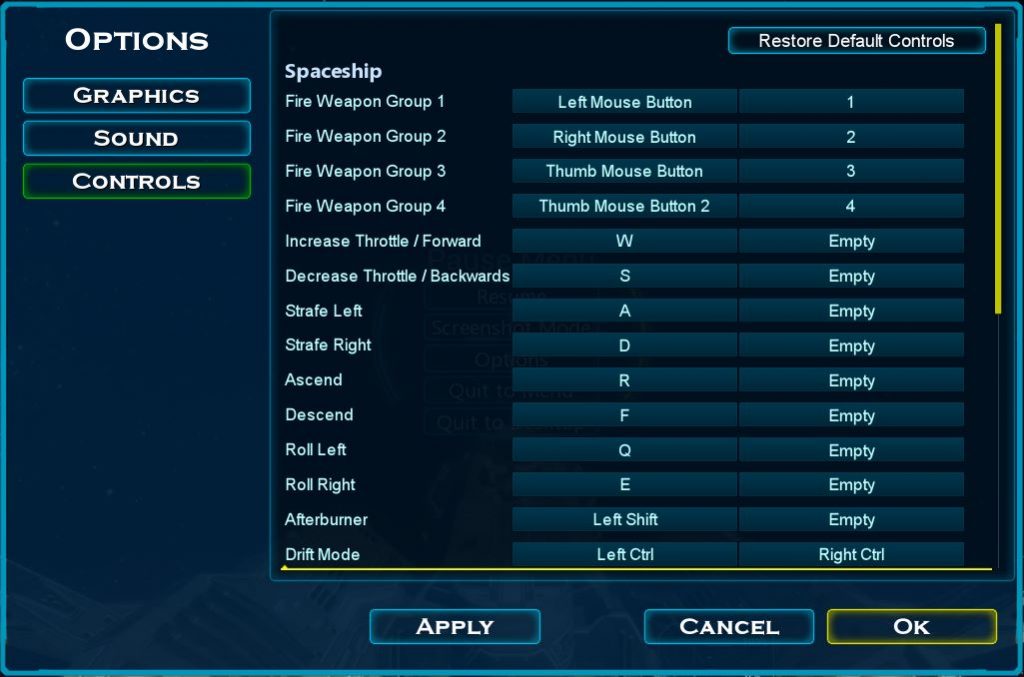 Currently setup for Mouse and Keyboard remappings, we are working on expanding on the menu to also include allowing Players to remap a Gamepad should they so wish.

We are not quite done with the Axis input remapping section, but we believe this to be soon complete for next week. This will also include options to invert your axis’ (like Pitch that some players prefer).

We are eager to hear your feedback and let us know if you have a better Default Control Mapping that you think we should adopt.

We are also lined up for numerous bug fixes and small features which will include the following;

As we’re finishing up with the features and final edits to the Free Demo, we are also hard at work integrating FMOD into Solar Warden. If you are sitting on our Discord server you are already aware that we teased FMOD there. As of the alpha release of Solar Warden, FMOD will be integrated into the game.

What is FMOD you ask? FMOD is an excellent audio middleware that has been part of numerous high profile game releases like, Star Craft II, Batman Arkham Asylum and our own legacy project MechWarrior Living Legends. If you are a gamer chances are very high that you have come across the FMOD splash screen previously. Why do we migrate? FMOD offers great features and immediately solves one of the problems we have right now with our audio without even having to put a lot of work in. Tests show that the majority of all the clipping (click noises when audio playback happens) will disappear immediately. FMOD studio works with the perspective of the audio engineer instead of the more generalist approach that UE4 takes through the Blueprint system.

One of the many amazing features of FMOD is that it offers the ability to do changes to the FMOD events, those are the instance able sound units that are played, live while the game is running. Another great feature this middleware offers is that it is possible to do logic in these events which means that on the Unreal side only the triggering logic has to be built which allows for more elegant solutions when it comes to the whole audio logic including both sound effects and music. As a small indie-developer with a comparatively small budget FMOD is free for us to make us of!

We were asked if we would include OpenAL as well. The answer to that is no. OpenAL is a different way of integrating audio into a game. There is no way to channel FMOD through OpenAL and while FMOD comes with a ready made plugin for UE4 integration the OpenAL API would have to be included into the game code by us.

An example of the timeline logic

What you see in this screenshot is part of the event editor window of FMOD studio. The blue headed blocks are Solar Warden music files on the timeline. Above the music files are logic tracks. The grey flagged markers are destination markers. This tells FMOD where to go in the timeline when a condition is met. Above these markers are transitions zones in green. These check whether a condition is met anywhere in their brackets. Both music files loop and when the condition is met the play marker will jump to one of the destination markers. For example the transition zone To Intensity2 has the following condition as shown in the screenshot below. 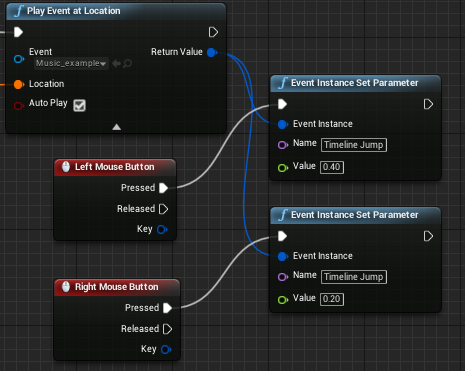 We are very excited for what FMOD offers Solar Warden and hope so are you!

As was mentioned above, we have an exciting announcement to share with everyone, but this will be NEXT WEEK (~June 26th). With that said, we shall also be including a new version drop of the Free Demo on that same day of the announcement! Stay Tuned!!

While the Kickstarter is over you can still support our ongoing development. We have partnered with BrightLocker. Get unique rewards for signing up with Solar Warden at https://www.brightlocker.com/games/solar-warden 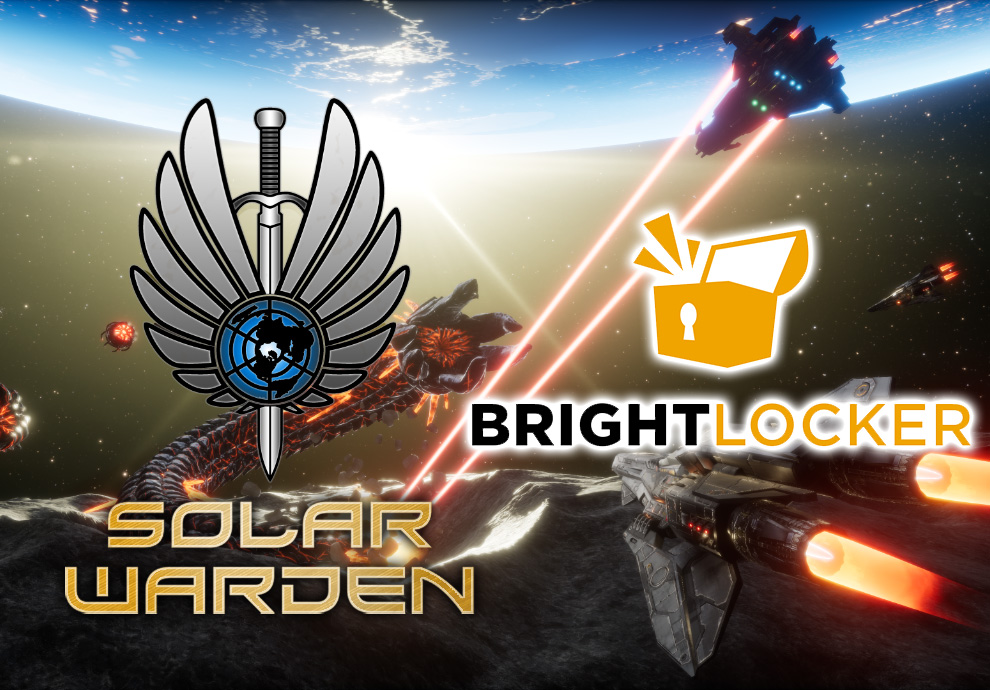