In this update, we’d like to show off a ton of additional features that are bringing us all closer toward the Alpha release. From the Tactical View with micromanaging your ships commands during battle, to the Mega-Meteor destruction and further gameplay dealing with the broken pieces of it, to honoring the Event Horizon Telescope array with a new weapon for in game called the “Singularity Bomb” which you will be able to unlock at the end of the Tech Tree. We would also like to take this time to inform you of the delay in the Alpha release.

Since the Demo, we were never satisfied with the limited amount of control we gave you when you zoomed in on the fleet. We have now changed that to where you will now be able to micro-manage your fleet from the “Tactical” level. Giving specific move commands to re-position your fleet, or have them hold position out of range to be able to launch long range weaponry at the enemy.

Within your fleet’s patrol radius, you can right click anywhere on the “Tactical plane” once to select an X,Y coordinate, and then move your mouse either up or down to denote a Z coordinate as well if you wish (just like in the world view from the PDI). This will allow you to specify exactly where you want to have your ships positioned within that waypoint radius.

While engaging the enemy, you will now be able to select which vessel to target which specific enemy allowing you to have more control of making certain your fighters are engaging the Silicoid spores while your heavier vessels train their massive naval class weapons focus on the meteors themselves.

At the moment, we are currently ironing out the fundamental fleet commands such as Move To, Attack Target, Hold Position. We do however wish to expand on this setup to allow players to customize different ship behaviours so they may have them pre-scripted to target certain style of targets (for example; Fighters to prioritize Silicoid, Bombers prioritize Meteors, etc.), but we will have to address this in an update post Alpha release.

Earlier this month, the Event Horizon Telescope team managed to collect data from various telescopes from around the world to create the first ever real photo of a Black Hole. To honor this achievement, we decided to have some fun with our current Wormhole technology and create the Singularity Bomb that Players will be able to unlock at the end of the tech tree.

This powerful bomb will pull targets toward it from great distances for a short while, and if they get trapped by its Event Horizon, there is no escape…

We are both excited and terrified to see how players utilize the Singularity Bomb as we actually have no idea what happens to all the stuff that enters into the singularity. 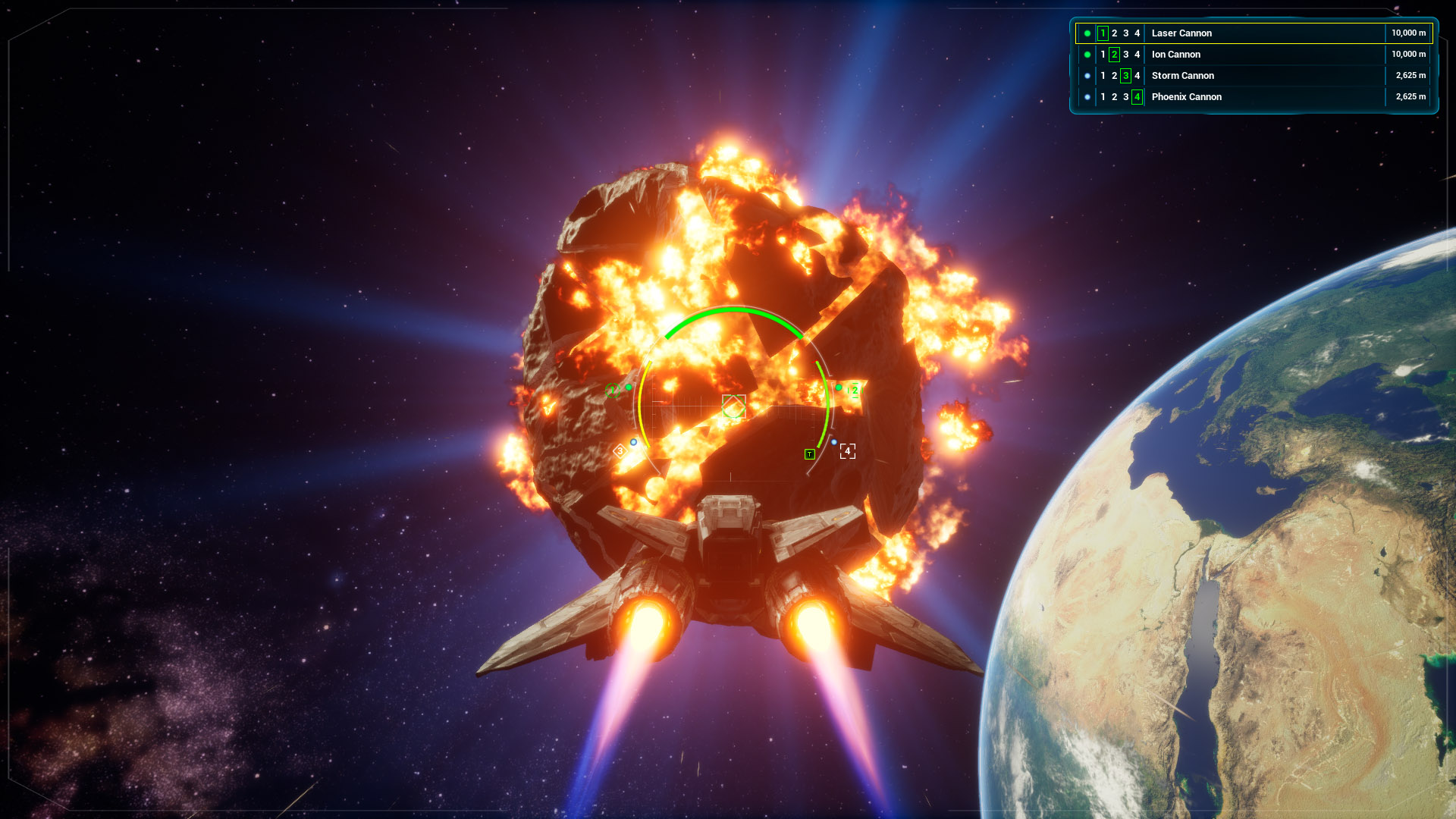 Making Meteors go boom is always a great feeling. But as we’ve said in the past, the Mega-Meteors need a little bit more firepower to break them apart. With the planting of Nuclear bombs in a specifically marked location inside of these Extinction Level Event asteroids, you will only have 30 seconds to get your ass out of there. You will also need to make sure you and your fleet are a safe distance away from the shockwave in order to not get damaged.

With this update, we wanted to show you what cracking open a Mega-Meteor looks like from a safe distance away.

As seen in the clip above, there are still massive pieces left over from the destruction. While testing this destruction, we came up with the idea that all of these pieces should act like the regular sized meteors themselves and thus still require your fleet to take care of completely destroying these left over pieces before they hit the planet and cause massive devastation. However, this may be a bit extreme as there are currently 87 pre-cut destroyed pieces for the Mega-Meteor and we might find that to be a bit too many at once for the Player to take out. Either way, we want to see how it plays out and we’ll put it into the Alpha for your all to try yourselves.

So even with all these great new features and work we’ve been busting ass on this last month post GDC, unfortunately we have failed to deliver on our promise to our backers in supplying the Alpha at the end of April here to celebrate the 1 year after the Kickstarter. We admit we over estimated the amount of work required for several features in the game and making certain they all work in coordination with each other with as few bugs as possible. Even with all the features we have worked on, we aren’t happy with the current build and still the number of issues we are facing when putting together a solid Alpha build for you all to play. With that said, we ask that you please be patient with us as we push ahead for 3 more weeks to plug in and fix what we need to make the Alpha a great playable experience. We want to fix the issues with the Tactical Fleet Commands and finalize the Mega-Meteor descent and the Ship Building/Customization so everyone will have all the core mechanics to play with. After that, we will be updating the Alpha regularly with all the PDI additions such as the Tech Tree (Research), Contracts (Missions), and Funding negotiations.

Furthermore, we’d like to make a clarification on the Release Date posted on Steam. June 20th has been listed as the “Full Release Date” and we’d like to clarify that this is actually for our estimated Early Access Release instead. We apologize for any inconvenience or misunderstanding this might have caused and we are in the works right now to change this labeling on Steam. But also as stated above with the delay for the Alpha release, we will also need to delay the Early Access and launch of the game. At the moment we don’t have an exact time as we don’t want to give you a false date until we have released the Alpha first.

But to make it up to all of our backers that are anticipating the release, we’re working inclusions for the Beta tier to enter into the Alpha on that date, and the regular tier backers to enter into a closed Beta branch in that time. We will provide more details as we get closer to that time, and thank you all for your patience.

We thank you all again for your continued support and understanding as we are working tirelessly to build out the game we’ve promised you all. We look forward to having you back here in our next update.